Repression has no place in our boat…

In the last few years the island of Lesvos has represented one of the main entrance gate for thousands of refugees and migrants seeking to reach Europe. Packed in tiny plastic boats they try to cross the sea border between Turkey and Greece but some of them can’t make it. More than 1.100 migrants and refugees have lost their lives that way in Aegean sea the last 20 years.

The Hellenic Coast Guard, following the european and greek policies of “prevention of entrance” violates the rights of the refugees and put their lives in danger. At the same time, though, its activities are supported by Frontex, whose first boat started operating on the island in July 2008. Recently Frontex’s officials started interviewing / investigating refugees and migrants in Pagani (Lesvos).

Pagani (5 kilometres outside Mitilini, the capital of the island) is where the detention centre is located, to which refugees and migrants are sent, as soon as they set foot on Lesvos. And where they are detained for weeks and months. It is a prison in which fundamental human rights are not respected. Besides, the building is not suitable to host human beings, since it lacks the basic infrastructure for that purpose. Moreover, the refugees are not given any possibility to communicate, are not informed about their rights and are not allowed access to fresh air.

Once registered in the Eurodac system, refugees are set free with an administrative deportation order requiring them to leave the country within a month. Some of them who lodge an asylum application end up in a bureaucratic chaos, go through state violence (there were two victims at the Athens Aliens Department in the last few months) and in the end only a 0,60% of the applications is accepted.

Those who decide to stay in Greece and find a job have to endure several constraints, hard working times, inhuman conditions and all this in exchange of an humiliating pay. Given their precarious situation they are not given the right of association in order to acquire better working conditions. An example of this is the recent assassination attempt (with vitriol) of a foreign woman – a trade representative – in Athens.

Those who try to set forth their journey, in order to reach (usually via Italy) other European countries, flock to the western ports, like Patra’s, where the Coast Guard’s repressive activities are an everyday phenomenon. And very often refugees are found dead inside the trucks with which they try to leave the country. And those who manage to continue their journey, if caught, are sent back to Greece in application of the Regulation Dublin II.

From the Schengen Agreement to the Dublin Regulation, from the European Pact on Immigration and Asylum to the so called “Directive of Shame”, from Frontex to the IOM, from the detention centres to the practices of expulsion and deterrence, from the borders to the capitals, Europe is clearly dealing with the phenomenon of immigration with measures of repression and border control.

Here in Lesvos the building of the “Fortress Europe” is clearly visible. That’s why we would like to invite you to join us in August (25-31), to share with us the experience of what is going on at the borders, to discuss the problems, to coordinate our actions, to fight:

AGAINST NEW-IMPERIALISM POLICIES AND WHATEVER CREATE REFUGEES

AGAINST BORDER REGIME AND THE PRACTICES OF CONTROL AND REPRESSION

AGAINST CRIMINALIZATION OF MIGRATION

AGAINST DETENTION CENTRES AND VIOLATION OF MIGRANTS AND REFUGEES

AGAINST EXPLOITATION OF MIGRANTS’ LABOUR

NO ONE IS ILLEGAL

EQUAL RIGHTS FOR ALL

Coordination of No Border Lesvos 2009 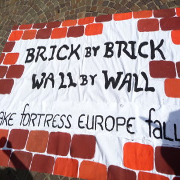 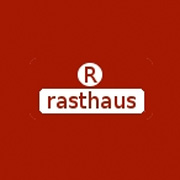 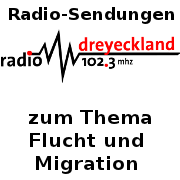 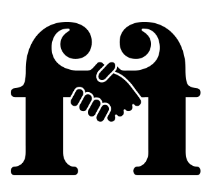